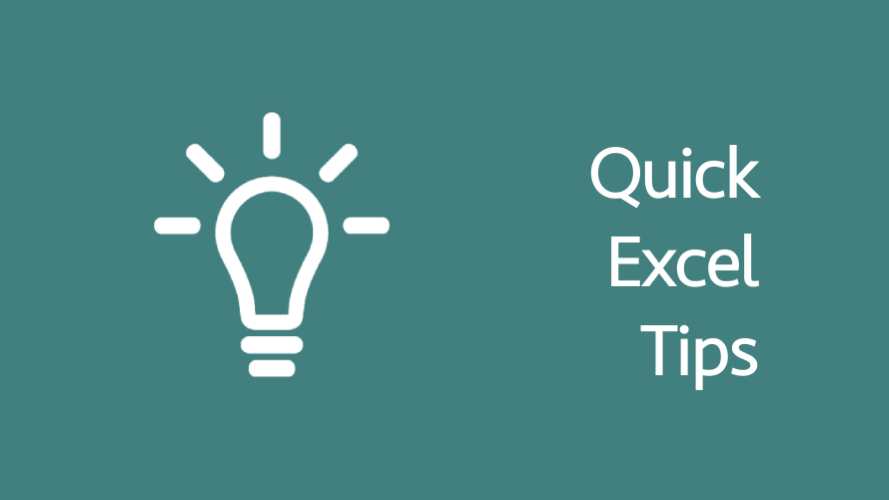 Sometimes it is the small things which make the biggest differences.  The following tips are small, some of them very small, but they might save you a lot of time and a lot of annoyance.

If the formula Tooltip box is in the way, you can move it.  Click on the edge of the box and drag it.

I didn’t know this for almost ten years, nobody ever told me.

Press F4 to toggle the $ signs in a formula.  There are 4 different scenarios, keep pressing F4 until you reach the one you want.

Create multiple Named Ranges at once by using the Create from Selection.  When combined with Tip 4, this is a handy feature.

The space character between ranges is known as the intersection operator; it creates a range based on where the other ranges overlap.

Make a sheet very hidden (invisible). It does not appear in hidden sheets list.

It’s easy to switch the rows and columns in your data.

The data has now changed orientation.

Of all the ways to create a Bullet Chart in Excel, surely this is the easiest: A stacked bar chart with no fill placed on top of another stacked bar chart.  Useful for creating a variety of advanced charts.

Bonus Tip: You can even hold ALT while dragging the chart to snap it to the grid.

If the [+] and [-] for Group Outlining is not in the correct place change the Outline direction for the sheet.

Do not unprotect multiple sheets one at a time, that will take too long.

Double click the format painter to apply the format over and over (Press Esc Key when finished).

One thought on “Quick Excel Tips [1]”